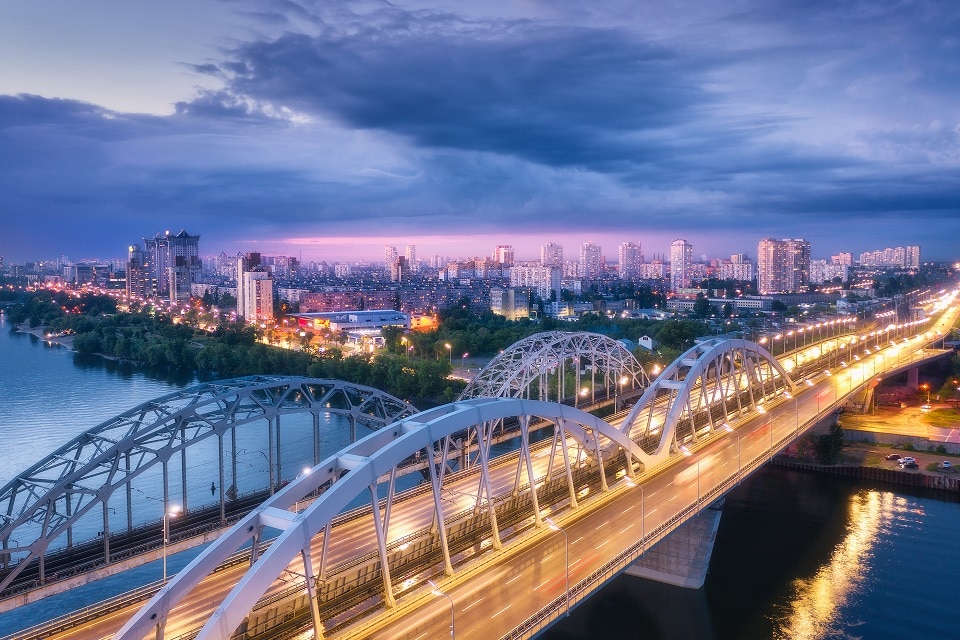 Boryspil State International Airport (Аеропорт Бориспiль) is where almost all international flights land and depart. The smaller Kyiv Zhulyani Airport (Аеропорт Київ Жуляни) is only 8km from centre and handles mostly domestic travel and Wizz Air flights from Europe.
Kyiv Skybus From Boryspil Airport
Exiting of the terminals in Boryspil Airport, you are sure to be approached by cabbies. The 20-25 minute ride to centre will set you back about 200-250Hr. SkyBuses headed to Kyiv leave from Terminal B and F roughly every 10-15 minutes. The charge is 27Hr and the bus will drop you off about an hour later at the Central Train Station or you can get off at the first stop near the Kharkivska metro station (green line). Tickets are available online at www.skybus.kiev.ua.
Taxi from Zhuliany airport to city centre
A taxi from Kyiv Zhulyany Airport to the city centre should not cost you more than 70Hr. Trolleybus #9 (1.50Hr) brings you to Tereschenkivska street nearby Ploscha Lva Tolstoho metro station (blue line). Trolleybus #22 goes to Dorohozhychi metro station (green line). Marshrutka #213 (2.50Hr) shuttles passengers to Dorohozhychi (green line) and Petrivka (blue line) metro stations.

Both international and local trains arrive at Kyiv-Pasazhyrskyi train station. The refurbished Central Railway Station (центральний вокзал) has now been joined by a futuristic-looking Southern Railway Station (південний вокзал), with the platforms located between the two. A new waiting lounge up the stairs to the left from the central main hall boasts comfy couches for a 10Hr admission fee. Currency exchange (обмін валют) points and ATMs (банкомат) are in the main halls of each station. Coin-operated pay telephones are scattered throughout the building, while card-operated ones are mostly outside the central entrance. A metro station is located to the left from the Central Terminal. To the right from the Southern Terminal there is a stop of  Sky Buses to/from Boryspil International Airport.

Getting to town
You’re basically in it already, but short taxi rides to Khreschatyk Street (Хрещатик) area cost 40Hr and up. The entrance to metro station Vokzal’na (Вокзальна) is to your left as you exit the central station – look for the green letter M. Khreschatyk is only three stops east on the red line. Various trolleybuses, buses and minivans also depart from the central station. Those with light bags and fresh legs can head down the main road and turn right at Shevchenko Boulevard (бульв. Т.Шевченка), which runs into Khreschatyk.

When entering the country by car, foreigners are required to sign a document at the border swearing that they will bring the car out of the country before a certain date. Foreign cars are allowed on Ukrainian soil for a maximum of two months. This document should be carried along with your driver’s license and your car’s registration papers at all times. Automobile insurance is obligatory in Ukraine. It may be possible to buy green card insurance valid for Ukraine in your home country to avoid problems – if not you must purchase it from the Ukrainian company at the border. The latter might cost less than the former, however if you don’t speak Ukrainian or Russian it is easy to get deceived by border officials and buy something which is totally useless. The minimum term of insurance is two weeks, with prices depending on the size of the engine.

Car Rental
Carry your license and registration at all times to fully enjoy the Ukrainian driving experience. The official speed limits are 60 km/h in cities, 90 on secondary roads (there is 110 km/h speed limit at Kyiv-Odesa road) and 130 on highways. A zero tolerance drink driving policy applies in Ukraine.
Check our advises on how to drive a car in Ukraine.

During your stay in Kyiv, you will be accommodated at Bratislava Hotel where the main venue of the Summit is located. The favorable location of the hotel in Kyiv on the left bank of Dnieper River, near the metro station Darnitsa and near the intersection of transport interchanges is ideal for guests arriving both by air, train and road transport, allowing quick access to the exhibition and shopping malls, parks, theaters, entertainment complexes, architectural and historical monuments of Kyiv.
Address:
Bratislava Hotel – 1 Andriya Malyshka St., Kyiv, +38 044 537 39 75 / +38 050 309 30 62 porter@bratislava.ua (https://bratislava.ua/en) 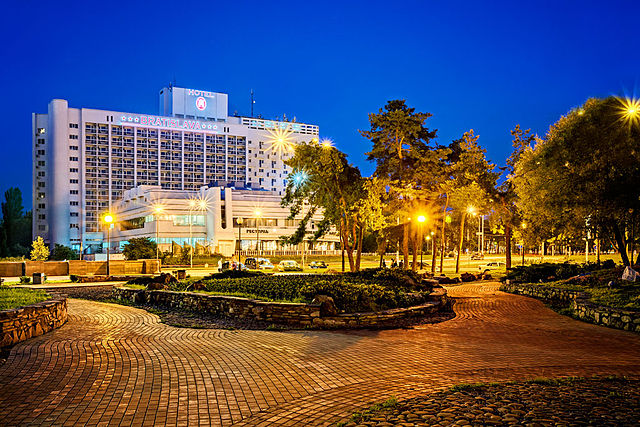